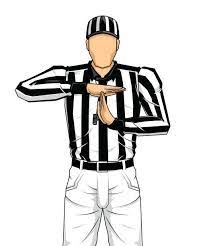 Have you ever been asked, “How’s ministry going?” And you reply, or at least think in your head, if you don’t have the courage to voice it, “Oh, ministry would great, if it wasn’t for the people.”

Every church has some of the same church members. Mr. A who places a note in every offering plate asking for the music to be turned down.  Mrs B, former English teacher,  who loves to point out every typo on the power point and every grammatical mistake in your message. Then there is Mr. C who expects to dictate how, when and where his tithes are allowed be used.  And in today’s world we have Mrs. D and E who are on opposite sides of the fence on the issue of mask wearing and social distancing in church and whether we should even be meeting in person and both are very vocal about their positions.

Sometimes has a pastor you might feel like God has called you to referee and put out fires instead of doing real ministry. This can be frustrating and discouraging to be sure.

BUT sometimes we need to step back and remember that God has a purpose for placing these ‘difficult” or should I say “challenging” people in your congregation.  GOD still uses imperfect, and unfinished  people to accomplish his plans.  Aren’t you so thankful for that?  They need the same mercy and grace that God shows you on a daily basis.  He has allowed you to be their pastor for a reason.  To help “fix” them or be more like Jesus?   Maybe.  But have you ever thought that God could be using them to file some rough spots off in your own life?  Just as God is not finished his work in you, he’s not finished with them either.  Maybe God allowed some of these church members to be in your congregation because you needed each other…

After all how would ministry be without people? “We are all imperfect because we are all unfinished.”  But thankfully God is still at work on all of us.

Join us in helping pastors.