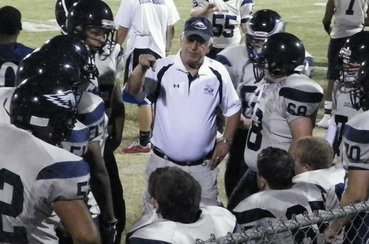 In just about every great movie about football there is the same, climactic scene.  The underdog team is struggling and their coach is calling plays that everyone in the crowd disagrees with.  But, the coach ignores his  fanatical detractors and sticks with his plan, leading his team to a miraculous championship win.  The same people who were once criticizing and bad-mouthing  the embattled coach are now lauding him as a hero.
It’s a scene that not only plays out in many football movies, it also plays out in many of our churches. However, instead of a coach and a critical crowd, this scene involves a pastor and nay-saying members of his congregation.
Hopefully, your pastor was chosen to lead your church because he or she is educated, experienced and deeply connected to the Lord.  He has a plan for your church and dreams for her future.  But, just like the underdog coach, he often has to deal with loud voices of criticism from detractors who do not share his vision.
If your pastor is “calling plays” that don’t make sense to you, maybe it’s because you don’t understand his plan for the church. Maybe you’re not seeing the bigger picture.  It’s worth sitting down with your pastor over a cup of coffee and asking him what his vision is for the church.  Better yet, ask how you and your family can help make his dreams a reality.
Our pastors don’t  need spectators, they need team members who will join them in winning the spiritual war within our churches, communities and our world.

The Most Important Day to Pray for Your Pastor

Made with ❤ by Splendor